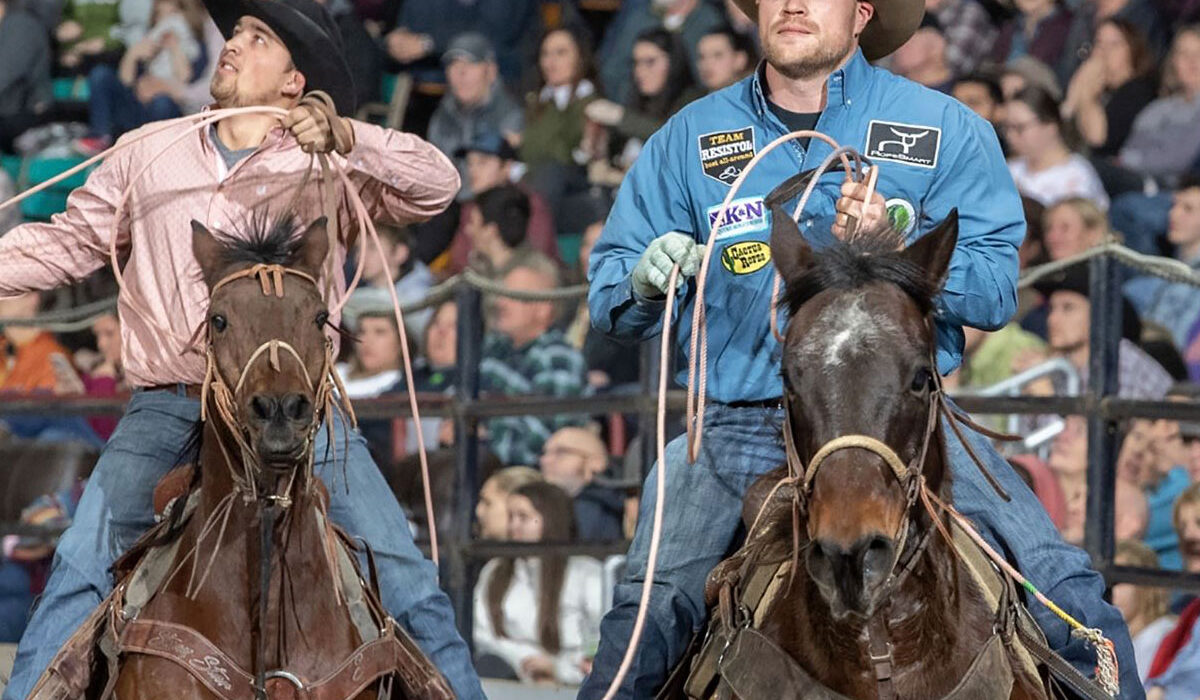 COLORADO SPRINGS, Colo. – Former Tiger Wrangler Nelson Wyatt has qualified for the Wrangler National Finals Rodeo as a team roping header and will compete with Levi Lord of South Dakota in the 10-day event in early December. It is the first WNFR qualification for both.

Wyatt, from Clanton, Alabama, and Lord will compete Dec. 3-12 at the Wrangler NFR 2020 at Globe Life Field in Arlington, Texas. The NFR will be the first non-baseball event to take place at the home of Major League Baseball’s Texas Rangers.

“I’m pretty excited about it. I’m looking forward to it and getting to be out there and competing,” Wyatt The Team Roping Journal. “Everyone asks me since it is my first time if I’m bummed since it’s not in Vegas but, I think it’s cool if it never moves again we will be one of the few people that got to say they roped at the Finals in Arlington.”

After joining the PRCA in 2016, Wyatt was the all-around rookie in 2017 competing as a header and in tie-down roping. He began the 2020 NFR in 12th place and has notched major wins this season at the Cody (Wyo.) Stampede (3rd), $5,933 and at the Sitting Bull Stampede in Mobridge, South Dakota.

As a UWA Tiger Wrangler Wyatt qualified for the College National Finals Rodeo in team roping. More importantly, he has a degree in physical education from UWA to fall back on.

Seats for the WNFR will be sold in groups of four with separation between groups. Contact-limiting measures, such as mobile tickets, have been implemented throughout the event. There will also be metal detector screenings and a no bag policy at entries on performance nights. Globe Life Field is encouraging all guests to check the CDC and the Texas Department of State Health Services websites for any guideline changes prior to the event.

The Wrangler NFR Livestream can be accessed at Cowboy Channel Plus and the event will also be aired on the Cowboy Channel and RFD-TV. Performances begin each evening at 6:45 p.m.

Fans can also follow official PRCA updates throughout the event at www.prorodeo.com.