No. 12 Orediggers dominant on opening day 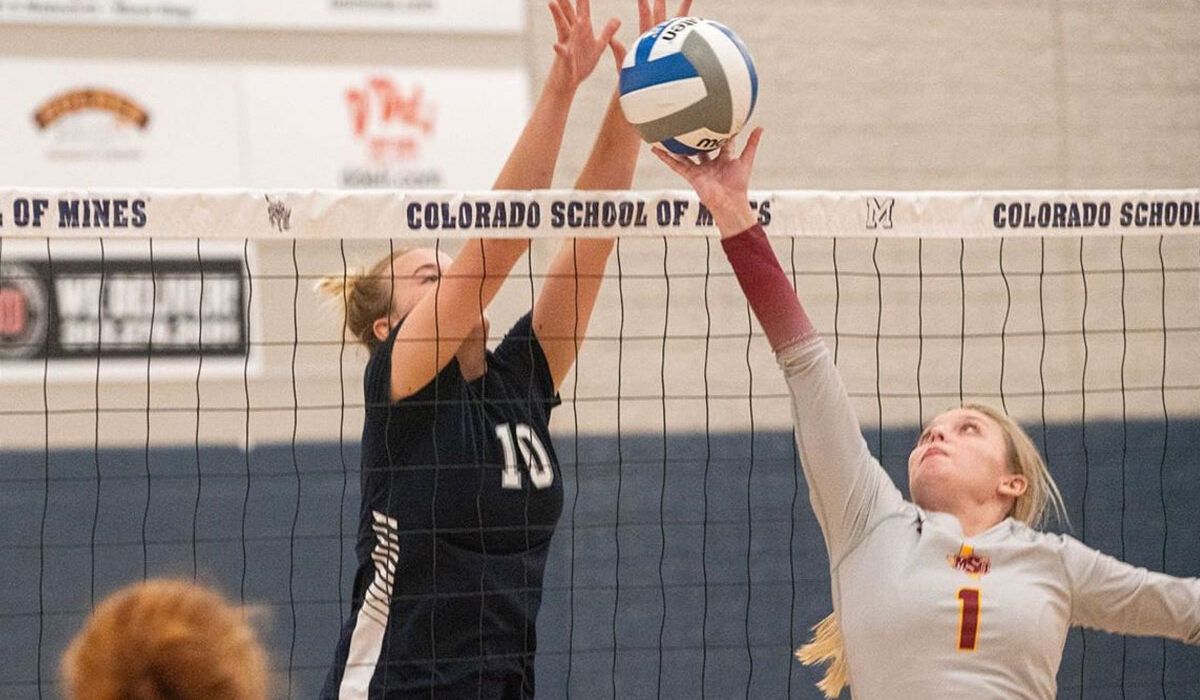 GOLDEN, Colo. – The 12-ranked Colorado School of Mines Volleyball team opened its season Friday with a pair of sweeps over Seattle Pacific and Midwestern State on day one of the Oredigger Classic inside Lockridge Arena.

The home trio of Amanda Donais, Julia Eiken and Taylor Hicken fueled the offense by racking up 21 kills, 24 kills and 22 kills, respectively, over the course of six sets. Eiken also powered out eight blocks at the net to assist the effort. Mines’ senior setter Drew Stokes dished out 84 assists at a clip of 14 assists per set. Libero Elle Duis anchored the back line in both sets and finished the day touting 15 digs.

Mines’ team performance culminated with a .414 hitting percentage in the opener against Seattle Pacific (0-2), and then improving that mark to .472 in the night cap versus Midwestern State (0-2). The Orediggers (2-0) flexed defensively by holding the Falcons to .076 on the attack while limiting the Mustangs to .200. The hosts also posted a total of 16 blocks and 17 service aces in the pair of victories. Duis notched four of those aces in the first match while Donais matched that number in the second contest.

Both of the day’s contests proved to be all Orediggers from start to finish. Mines took its first set of the season from Seattle Pacific by a score of 25-16 and did not look back. The next two frames featured Oredigger advantages of 25-16 and 25-17. Donais, Eiken and Hicken all finished the one hour and six minute sweep with 10 kills apiece thanks to Stokes’ 39 assists.

That first-match dominance carried into the final match of the day as Mines stormed to wins of 25-11 and 25-14 to take a 2-0 lead on Midwestern State. The visiting Mustangs nearly avoided the sweep, but the hosts would not have as they ran off four straight points for a 26-24 win and the overall victory. Once again, Donais, Eiken and Hicken touted double-digit kills. It was Eiken leading the way with 14 kills while hitting .824. The trio’s efficiency helped Stokes collect 45 more assists.

– Mines is now 1-1 in the all-time series against Seattle Pacific and 3-0 all-time against Midwestern State.
– Since 2014, the Orediggers are 23-3 in their season-opening classic.
– Under Head Coach Jamie Magalei, Mines is 44-7 overall with a set record of 138-43 at the Oredigger Classic.
– Mines earned the sweep using solely upper classmen.
– Friday marked the first meeting between the Orediggers and SPU since 1991.
– Coach Magalei is now 294-98 in her career as a head collegiate volleyball coach.

Mines closes out the Oredigger Classic on Saturday by facing Grand Valley State at 11:30 a.m. and Southwest Minnesota State at 4:30 p.m. Both matches will be inside Lockridge Arena. Tickets are available for sale online or at the gate with live stats and video offered at www.minesathletics.com.