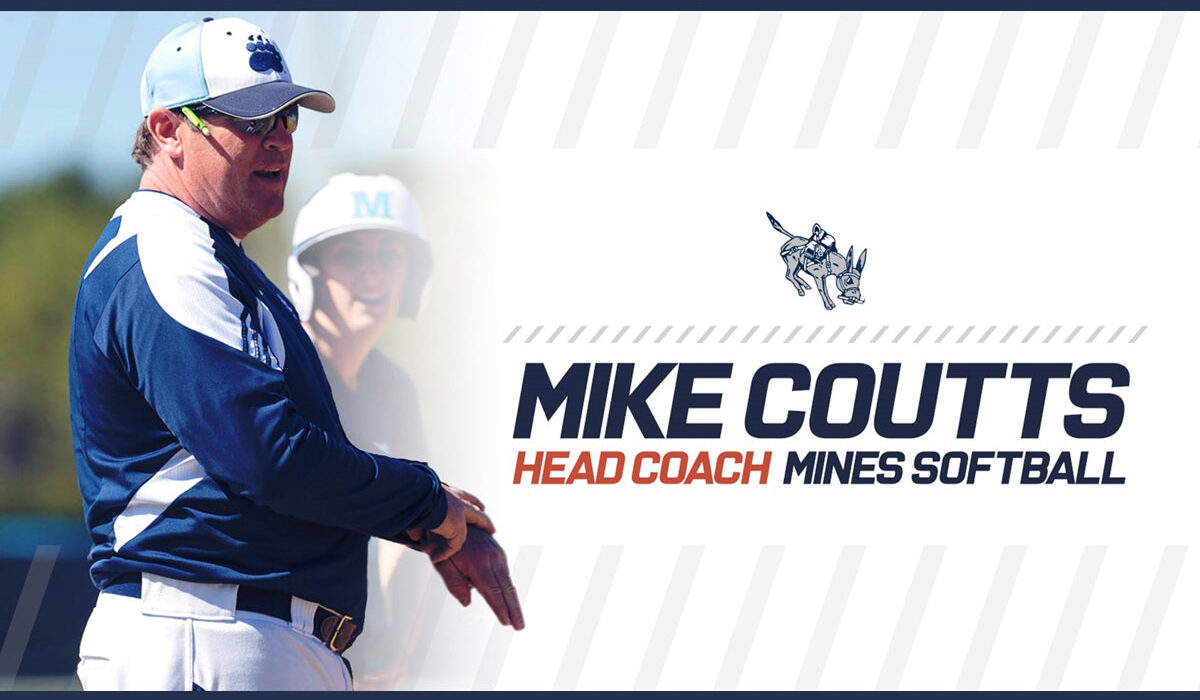 Coutts comes to Golden from the University of Maine, where he had been the head coach since 2015. He becomes the ninth head coach in Mines softball history.

“I am extremely excited and grateful for the opportunity to be the next head softball coach at Colorado School of Mines,” Coutts said. “I appreciate David Hansburg‘s faith in me and want to thank him and the search committee for all their hard work and commitment through the hiring process. I’m looking forward to contributing to the already-impressive athletic department and having Mines softball help the department win a sixth straight RMAC All-Sports Competition Cup.”

Coutts takes over an Oredigger program returning a strong veteran core after going 22-15-1 in 2021 with a RMAC Tournament appearance. The Orediggers have put together four winning campaigns in their last five years (save for the shortened 2020 season) with a 119-89-1 record since 2017.

“I am excited to welcome Mike into the Oredigger family,” Hansburg said. “Throughout our search process, he impressed everyone he met with his passion for the game and for building outstanding student-athletes. I look forward to watching him mentor our players and help them find success on and off the field.”

Coutts had two coaching stints at Maine, and was with the softball program since 2013, first serving as the assistant coach for the 2014 and 2015 seasons when he was part of the 2015 America East Coaching Staff of the Year. He was elevated to the head job in the summer of 2015 and found immediate success, winning the 2016 America East Conference title and making an NCAA regional appearance, and finishing as America East runners-up in 2017. In six seasons, Coutts won 94 games as the Black Bears went 42-42 in America East play.

Coutts’ first tenure at Maine was as the baseball program’s associate head coach from 1986 to 1997, where he helped nine Black Bears progress to professional baseball. Maine appeared in four NCAA Tournaments during Coutts’ time with the program.

Coutts also has extensive coaching experience outside of the NCAA. From 1995-2002, Coutts was the head coach of the Cotuit Kettleers of the Cape Cod League, winning a pair of league championships in 1995 and 1999 and earning the 1995 Cape Cod Coach of the Year award. Coutts coached professionals Chase Utley, Garrett Atkins, and Mitch Stetter all while they were with the Kettleers. He was also head coach of the Peninsula Oilers in the Alaska Collegiate League in 2005, head coach of the Sanford Mainers in the New England College Baseball League in 2006, head baseball coach at Deering High School in Maine from 2009-10 (which included the 2009 state title), and head baseball coach at Scarborough High School prior to returning to the University of Maine.

Coutts is twice a graduate of the University of Maine with a bachelor’s of health and physical education and a master’s in education administration. As a baseball player, he captained the Black Bears to a College World Series appearance in 1981 and was a Northeast Regional First-Team selection that season.

Coutts has a strong Colorado connection in his wife, Lynn, who is herself a former head softball coach at Maine and now serves as the Deputy Athletic Director at the University of Denver. They have a daughter, Maggie, and son, Jackson, who currently plays in the Washington Nationals’ minor league system.