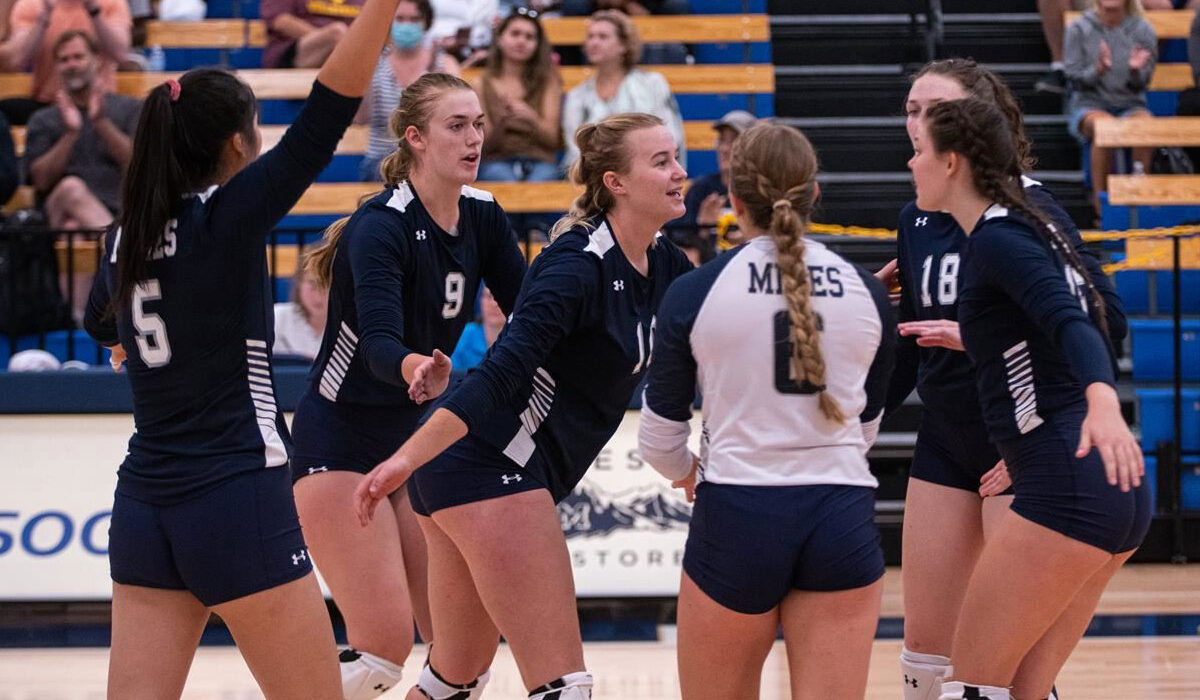 GOLDEN, Colo. – Saturday featured a five-set thriller and a three-set decision for the #12-ranked Colorado School of Mines Volleyball team as they closed out the Oredigger Classic against Grand Valley State and Southwest Minnesota State inside Lockridge Arena.

Taylor Hicken guided Mines’ five-set win over Grand Valley State behind 17 kills, two service aces and one block while hitting .467 through five sets. Hicken finished the day with 25 kills after eight more in the Orediggers’ three-set loss to Southwest Minnesota State. Other producers on the day included Amanda Donais pumping out 10 kills in each match and committing just three errors on 40 attempts. Julia Eiken racked up 14 kills and boasted seven blocks total in the two matches. Drew Stokes proved typically stalwart, touting 80 total assists including a 50-assist, 11-dig double-double in the win. Elle Duisrounded it out with a resume featuring 34 digs and four service aces.

The Orediggers (3-1) used a .333 team hitting percentage to earn the comeback victory over Grand Valley State (1-3). However, the hosts only managed a .140 mark on the attack against Southwest Minnesota State (4-0) which was the only program in Lockridge Arena this weekend to finish the classic undefeated. That performance netted the Mustangs the tournament MVP in Angela Young. The rest of the 2021 Oredigger Classic All-Tournament team included Taylor Hicken, Drew Stokes, Rose Stuewe and Elle Duis from Mines, Averey Yaksich from Sioux Falls, Holly Schmidt and Sabrina VanDeList from Colorado Mesa, Meg Schmidt from Southwest Minnesota State, and Sarah Wright of Grand Valley State. The entire All-Tournament team and the weekend’s results are available on the Tournament Central page.

The started with a match that required an impressive Oredigger comeback. Mines leapt to a 10-3 advantage on Grand Valley State in the opening set for suffering a bitter 25-19 loss to fall behind 1-0 in the match. Set two saw a 25-23 bounce back for the hosts before GVSU took its own 25-23 decision in the third set. Fever pitch was achieved in the fourth frame as the teams went blow-for-blow, tying the game at 16-16, 17-17, 18-18 and 19-19. However, an attack error by GVSU gave the home team a 20-19 advantage and Mines’ defense built on the lead with a block from Lindsey Jin and Eiken followed by an ace off the hand of Audrey Richard.

That run was all the Orediggers needed to close out a 25-21 win which tied the match at 2-2. Mines proceeded to fully dominate the decisive set by taking a 7-1 lead which turned into a 15-4 win and the victory over a team receiving votes in the national poll. As the dust settled, Hicken walked away with 17 kills on .467 hitting, Rose Stuewe touted 12 kills and Donais chipped in 10 all thanks to a 50-assist, 11-dig double-double from Stokes. Duis’ 18 digs proved fortuitous as well.

The night cap featured another team receiving votes in the national poll, but the result was starkly different. Southwest Minnesota State ran off three straight set wins behind .313 hitting, 10 service aces and nine total blocks. Mines’ bright spot came from Donais who converted 10 kills on 17 attempts with zero errors to hit .588. Duis once again pulled her weight with 16 digs and three service aces.

– Saturday marked the first-ever meeting between Mines and Grand Valley State, making the Orediggers 1-0 in the all-time series between the two programs.
– Opening weekend saw Hicken hit .468 in the middle and produce kills at a clip of 3.89 per set.
– Nine different Orediggers appeared in all 14 sets during the tournament.
– Coach Magalei is now 295-99 in her career as a head collegiate volleyball coach.

The Orediggers finish non-conference play next weekend in Colorado Springs at the Mountain Lion Classic hosted by UCCS from Sept. 10-11. Live stats and video of all four matches will be offered at www.minesathletics.com.